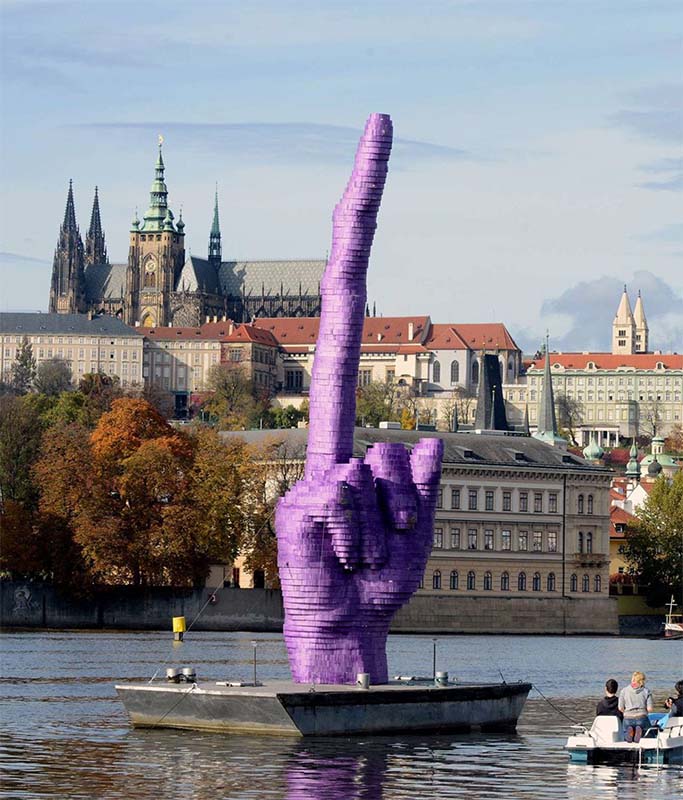 With ‘Fuck the President’, originally a 30-meter-high purple-colored hand raising a middle finger, Černý takes a stand against Czech President Milos Zeman. As an anti-communist, it was his way of saying “fuck you” to a president for supporting the Social Democratic Party. Černý made this smaller version in 2015; it suits the scale and size of Oisterwijk better.

And its statement still holds its original intention and qualifies more than ever in this day and age. Outspoken as it is the image is a testimony of cultural activism. Yet, in a welcoming and humorous way, it also contributes to a tense and serious society.