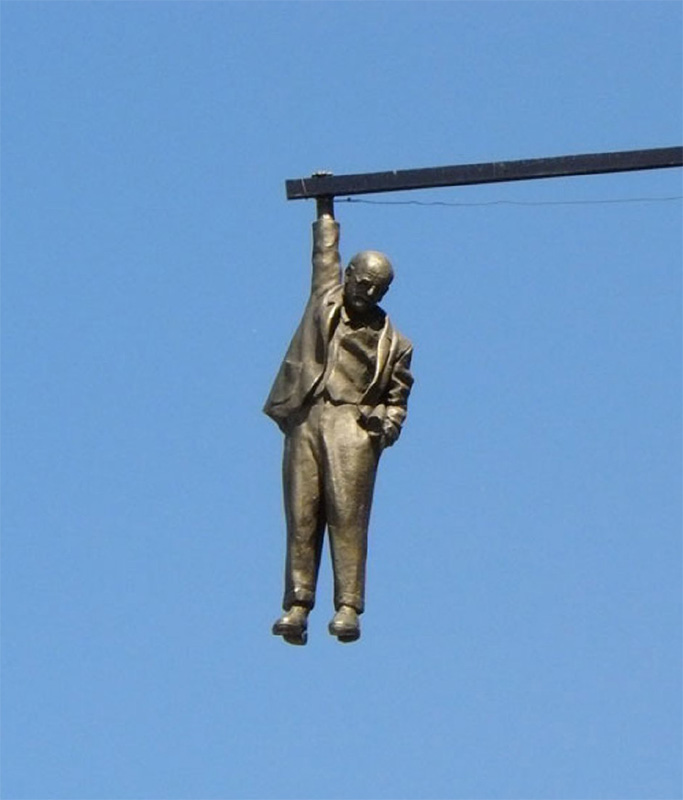 Above the Lind, a street with a distant historical past, a man dangles from a pole high above unsuspecting passers-by. Everyday life in Oisterwijk seems to go on as usual. If you look closely at the man – his hand in his pocket, a striking head with a hanging mustache, a pointy beard, and round glasses on his nose – you can see that this is unmistakably Sigmund Freud. One of the most influential psychologists and thinkers of the 20th century. He hangs there in complete despair. With this work of art, dating from 1997, Černý raises the question: “What role is there for intellectuals in the 21st century?” A piercing question aimed at the political elite, and placed in this day and age it still shows evident achievements can no longer be taken for granted.