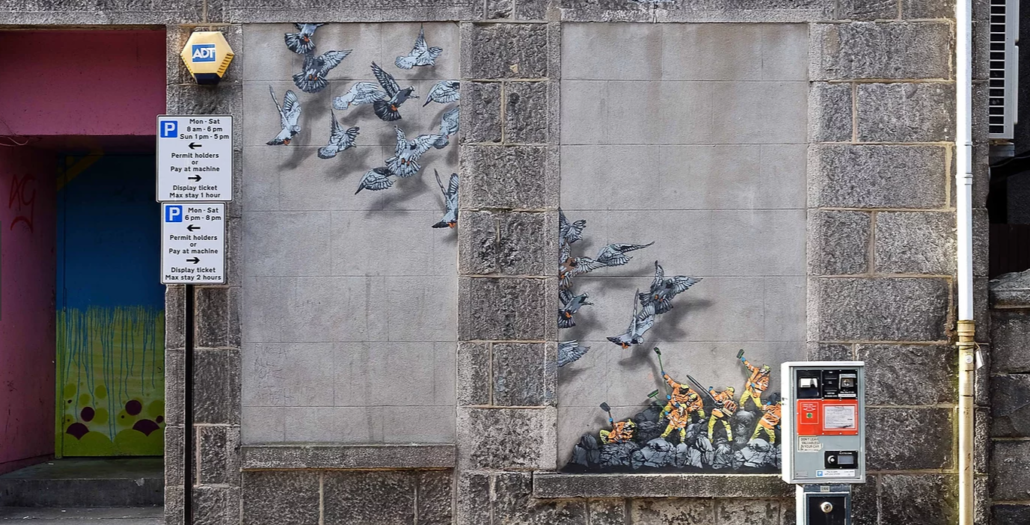 The Belgian artist Jaune (1986) is a street artist who expresses his creative fantasy through his garbage collectors. They are recognizable, funny, and intriguing and they make you think about these hard workers in general.

Jaune developed the concept of small garbage collectors in 2011. This brilliant idea arose from his own work experience as a garbage collector. While working, he noticed that even though he wore very flashy yellow and orange fluoridated clothes, he didn’t stand out to people. “As a garbage collector you are a kind of subject that belongs to the street scene that people don’t pay attention to, people ignore you, hardly ever say hello or don’t talk to you.”

This treatment made Jaune want to create standing-out figures. These figures are placed in separate situations creating a new relationship between the subject and the garbage, whereby they immediately give a new meaning. In his work, luxurious objects have been replaced by garbage bags, which creates a new perception of the world of garbage collectors. Jaune’s garbage collectors blend in with their environment. They are surrounded by daily rituals, strange situations, or accidents. He is usually looking for a tense moment. A teacup that has just fallen out of the window, a man about to fall, or a horse about to rear up. This tension makes his work even more interesting.